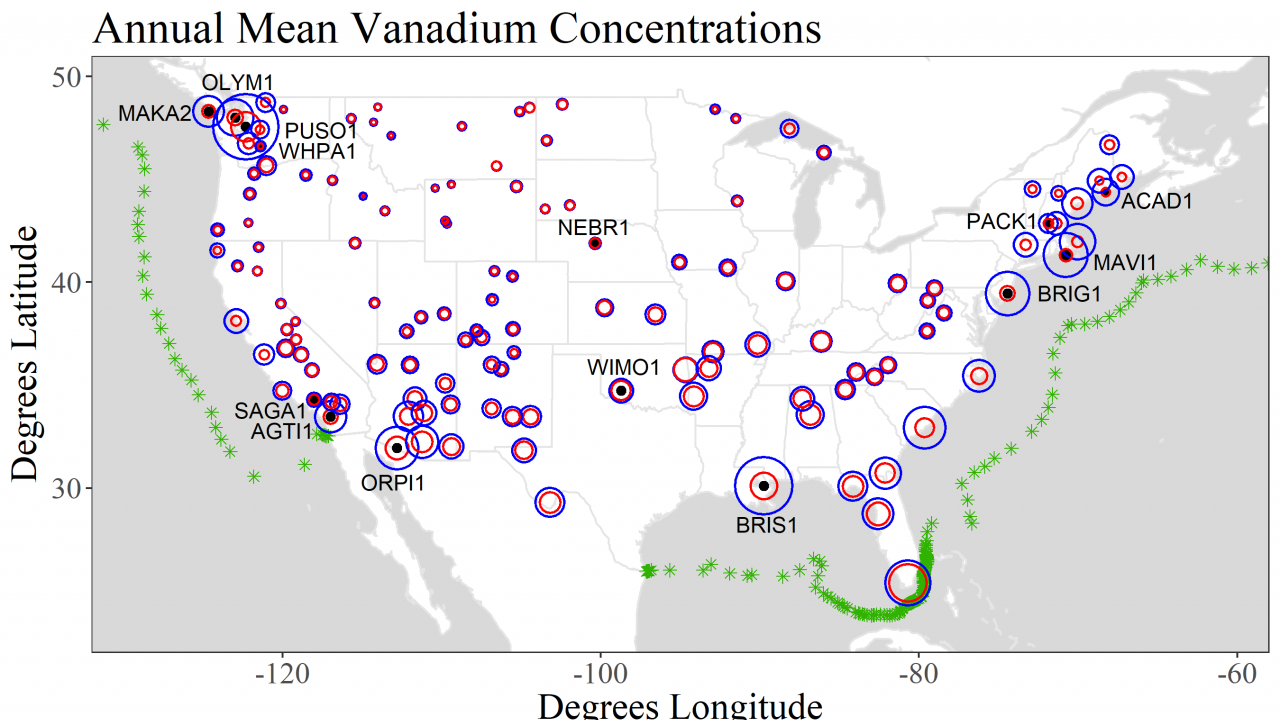 The Interagency Monitoring of Protected Visual Environments (IMPROVE) network measures the chemical composition of atmospheric particulate matter at over 160 locations throughout the United States. As part of the routine quality control process, we noted decreases in the network-wide vanadium (V) and nickel (Ni) concentrations in 2015 relative to the previous years. Enriched V and Ni with respect to soil are indicative of heavy fuel oil burning and are often used as tracers for emissions from marine vessels. Multiple regulations on the fuel used by marine vessels were implemented in North America since 2010, and the most sweeping regulation was implemented at the start of 2015. The 2015 regulations reduced the allowable fuel oil sulfur concentrations within the North America Emissions Control Area from 1.0% to 0.1% to reduce the environmental and human health impacts of sulfates. As a side effect, these requirements economically favored fuels with lower V and Ni concentrations. The atmospheric concentrations of V and Ni decreased markedly at many IMPROVE monitoring sites, particularly sites near major ports. Between 2011 and 2015, annual mean V concentrations measured on IMPROVE samples collected near the ports of Seattle, Washington and New Orleans, Louisiana decreased by 35% and 85%, respectively. These decreases have brought the coastal V and Ni concentrations much closer to those measured far inland.